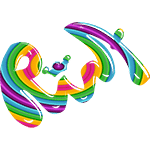 Menu
back to all

I will never forget my first exhibition because it was such a huge step in my artistic career. It was late October 2015 and I had been thinking for a few months about approaching a local bistro that held regular art exhibitions. Whilst I was gathering up courage to go speak with them an opportunity arose to email them some of my work, so it all got easier.

Of course, I had in my mind all sorts of different scenarios, except for this opportunity, so I took a leap of faith, and sent the email. It consisted of just two short lines and some pictures of my work. Bearing in mind, as you are probably aware, much of my work is neither ordinary nor peaceful; you can imagine I was anxious about it.  But a few weeks later I got the answer; a huge yes!

"I jumped around as if I had won the lottery!"

The scheduled time was in March 2016 so I had a lot of time to prepare. I had no previous experience of exhibiting, so tried reading all I could on the subject. After a lot of research and debating my budget for it, I managed to do a lot of preparation that would prove to eventually pay off. Of course, I had no idea at the time whether it would or not, so I guess I was either lucky, or my research was good enough. Maybe it was a combination of the two.

First of all, I painted more. I wanted to have enough paintings to exhibit, so by the time I finished I had 13 (lucky) paintings in oil, ready for the show. Then I talked to a professional art curator about writing a review of my compilation. All of the paintings were part of my “States Of Mind” collection so they all connected.  I printed the review in some small booklets, which I made to have on the tables in the bistro and used it to promote the event on social media. I also made some posters about the exhibition and I placed them in every place possible.  And because it was March, a month with a lot of traditions for women, in my country, I made some special small gifts for all guests – magnets with images of my paintings on them.

A week before the launch event, everywhere I went I talked about it and invited people.  I was so passionate about it that on the opening night 60 people attended and the place was full!

I also tried calling in some journalists and though two publications announced that they would attend, neither of them actually did.  It was disappointing but did not ruin my night.